I arrived for my flight on Saturday morning, ready to embark on the 15 hour flight to Tokyo/Narita. I boarded the Singapore Air flight, and my first realization that I wasn’t in Kansas anymore greeted me at the door. The flight crew. They were the most delicate, sweet, gentle and well-dressed flight attendants and stewards I have ever encountered. Wow, I had forgotten that there was a time airline travel was this friendly, courteous and professional!

I sat in my aisle seat and prepared myself for the long haul. Thanks to screens on seats, I was now able to watch three to four movies in a row, throw in a little Curb and get some shut eye. My seat-mate was a middle-aged gentleman. I didn’t start talking to him until we landed at Narita, and as we did, we began to chat more.

He was very friendly- a married father of two sons, and an engineer at a company based in San Diego. He was on his way to Kuala Lumpur with two co-workers for a four-day conference for his company. When we landed, he mentioned he was a Platinum Star Alliance member and asked if I would like to join him as his guest in the Singapore Air Lounge during the layover. Inside the modern lounge, there were spaced-aged looking espresso machines, unrecognizable fruits and pastries, and big comfy sofas and chairs. 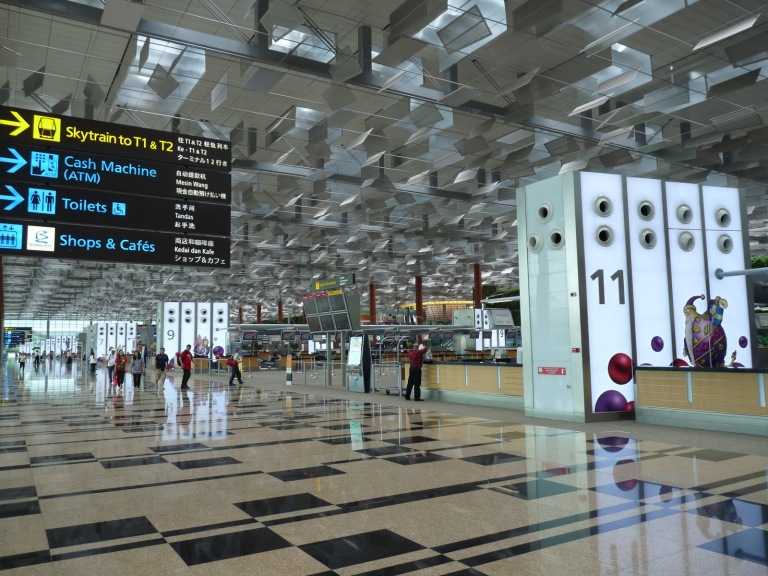 After a couple hour’s break, we returned to the plane to board for our Tokyo/Singapore leg. Arriving in Singapore, we met up with Seatmate’s co-workers for a bite at Changi airport. It was 3am and the airport was a ghost town- my next flight to Ko Samui wouldn’t be boarding until 8am. Their flight- 7am. So we sat. And chatted. It was great having the company, and one of his co-workers was a cute, 6’5” thirty-something engineer, so I quite enjoyed myself.

The guys left for their flight, and I headed over to my gate, where a stocky, 5’4” guy approached me and started making chit chat. He was all pumped about going to Thailand…. He was telling me through his thick glasses that he was on a three-month sabbatical that started four days ago in Singapore. He was a little to peppy for this weary traveler, so I politely nodded, and walked to the other side of the waiting area. Turns out, dude was sitting next to me on this two-hour flight.

He’s from Manhattan, NYC, and recently sold his investment firm to a larger firm. He is starting another project, but wanted to take this three months in between to explore Asia. No set plan, just hopping around. While he was completely nerdy, I had respect for the cat traveling solo like that for three months. He looked to be late twenties/early thirties. I became more engaging in the conversation, and when we landed, he wrote down his email and said to reach out to him if I was bored at my retreat. For the record- I never reached out to him… not because I was being a bi@ch, but because I was never bored. 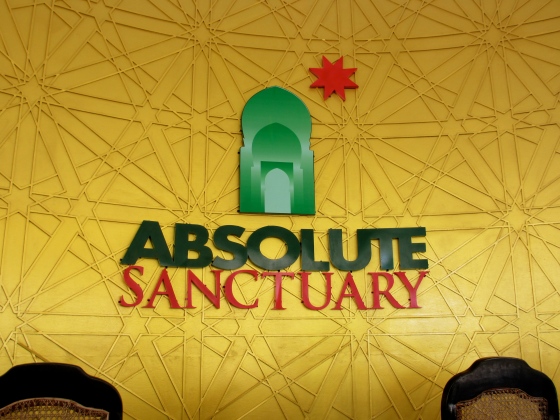 When I arrived, the Absolute Sanctuary had a driver waiting for me and had another person’s name on the card. The resort was also a detox center, so there was a chance this other person was not part of my future group. Turns out, she wasn’t… but she became my first friend on the island.

E was also from New York. She just quit her job in publishing and was going to start a new one in a month- so she thought she would come to Thailand (she too booked at the last minute) for a week’s detox, then travel around the rest of the country with her bf. He would be arriving day 6 of her seven day detox.

E would become my first of many new friends in Thailand. New friends were a big part of what made this trip very special. As I continue to post, I will introduce you to some of these people- the personalities, the drama, the romance (lol)- all the stuff  that I adore and enjoy observing in action. Some great people, some entertaining people. Some very good memories.