Maybe I’m getting old and grumpy. Or I just don’t care anymore. I also think life is short, time is a valuable and rare thing, and I love efficiency.

I’ll give you a few examples:

If I’m not feeling it with a dude after date one or two, I will tell them. At times, I will give it two dates because I understand first dates are a little nerve-wracking, or maybe the guy wasn’t being himself, whatever. Sometimes I just know after date one, there will be no date two. So if the guy at the end of date one says, ‘I’d like to see you, can we do this again?’- which by the way, is the move you are supposed to do if you want to see someone again- I will just say, “no, thanks.”

Most dudes are taken aback by this boldness, but I think of it as, “he asked me a question, and I answered.” No filter.

Now, I don’t just leave it like that- that would be awkward. I usually say something like, “I’m just not feeling it. And I don’t want you to have to spend money on me again when there’s no chemistry on this end.”

I know this is somewhat harsh, but I think it is better than the alternative; the I’m going to say yes now, and not yes later. Or ignore you. Or do something that an a-hole would do.

I was at a birthday party for a girlfriend of mine. It was very organized, cute and fun. People were mingling and chatting away. As it dwindled down to about six or seven people, we naturally congregated in two groups. The moms and the non-moms. Partway through, the birthday gal said, “bring your chairs over gals!”

To which I blurted out, “it’s ok, I have no kids, so I have nothing to contribute to your conversation.”

I don’t think anyone knew what to do. Lol. That’s me for ya. Eventually we did move over. And I’ll tell you what, Momville, USA got the hint. There would be no more talk of puke at school or little poo’s soccer game. We talked about everything else in our wonderful L.A. lives.

I just cut to the chase. I’ve even blogged about this before.

I say whatever it is going on in my head… with no regard to how someone may interpret this information. I honestly think I am helping the situation by just being straightforward and saying what’s on my mind. The only time you won’t find me saying something is because I haven’t yet figured out the situation (or I don’t want to get fired). If I need a minute to figure it out- I will first. Then I blurt.

I wasn’t always like this. Correction: I think I was always like this, but I repressed it as a child. We weren’t allowed to be inappropriately expressive. It was impolite and out of line. So I kept all my thoughts to myself.

I want to believe this external commentary developed as I’ve aged  because I have fewer worries about what people think of me.

I went to a therapy session with one of my exes (that’s another story in itself) where my ex felt that I was blaming him for my tardiness to jury duty.

The counselor asked, “let’s say you had to get to soccer practice as a kid. And your parents drove you. How would you handle it if you were running late?”

I responded, “I guess I would just say, ‘oh, I’m gonna be late. I’m going to have to run lines now,’ or something like that. I would express my frustration of being late and my fear of the consequences… out loud. I wouldn’t direct them at any person… I would just release them into the air.”

“And when you release them, did you ever think they would they land somewhere? Maybe in that case, it was probably your parent/s. In this case, it was E,” he said. 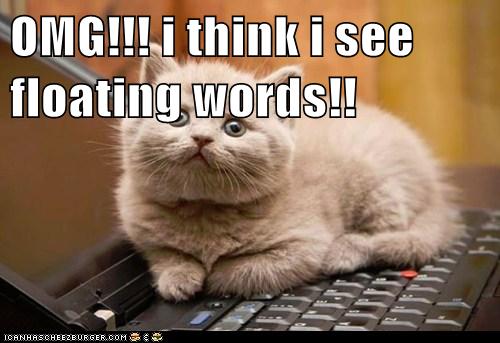 I got nothing else from that therapy session other than, apparently the words I put out there, the words I get out of my own system, fly through the air and have to land on someone.

I tried thinking about it more… how could it be? I don’t feel that way in reverse… if someone says they are too cold outside, I don’t feel responsible for their chilliness… or should I? I usually agree and say, “yes, it’s cold. Do you want my jacket?” I may try to remedy the situation, but I don’t feel like I caused it.

But perhaps I need to rethink this approach? Is it true that nearly everything I say… whether good or bad- lands on someone else, even if that comment is not for them?

I usually think in general I am straightforward and enough to the point where my comment/s benefits BOTH parties. If action can result from a statement, I’ve achieved my goal. But maybe I need to think this through more. Apply a larger filter. Maybe a fuzzier filter. Something where a) I can be particular about which comments I choose to put out there and b) I can say them in a tactful enough way to still benefit the recipient c) pick my place and time to say things. Or just shut the hell up.

Now, just keep me away from wine… or this whole post will be a waste of time.

2 thoughts on “Self Realization 6: My Filter is Very Small/Nonexistent”