“The only thing we have to fear is fear itself.” — Franklin D. Roosevelt

Today I went to a birthday party for a friend of mine. And I just adore her. No offense to my other friend-moms out there, but there are three friends of mine who I think are the most balanced, coolest moms ever. One is my friend from my sorority in college, she has two boys and she is everything I would want to be. She and her hubs are clearly the co-CEOs of their family, levelheaded, and super fun. Another one is LB, who, with her hubs, just took their two and five-year old daughters to Australia for a month. They make me believe I will never have to give up my love of traveling the world- even with a kid or two in tow. But my friend today, Ken… who is freak of nature… she’s on her third kid… and still living her life to the fullest- and I seriously mean HER life- even with two other kids and an amazing fantastic hubs.

She is full of life and pep- she still rocks it with her lady friends- single or other moms,  it doesn’t matter- all while at The Standard Hotel pool wearing five-inch heels and giving birth in three weeks. I mean this chick is my hero. She kicks some serious ass. She understands how and where everyone fits into her life… and she’s proof that it’s working.

I think the reason Ken sticks out from all my other friend-moms (and even some of my friends without kids)… she is fearless. Seriously, the woman is afraid of nothing. She’s not an idiot- and doesn’t make decisions recklessly… she just doesn’t base decisions off of fear. She bases them off of love, life, and experience. She knows that kids are kids and they’ll get scrapes and bumps. She knows her own limits. She knows what works for her family- and makes decisions that way.

It got me thinking about people and fear… those that let fear rule their lives. From where to park the car, to where to go on vacation, to their kids, relationships… if fear is at the root of your decision… you will always live a life unfulfilled.

I know of people:

I mean, the list goes on and on. Whatever that “Big Bad Wolf” is… it can, and will, take control of your life. 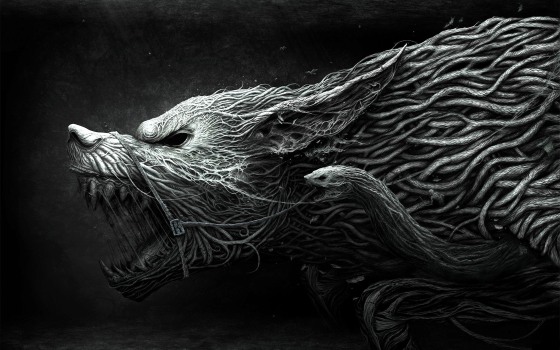 What happens you if you actually face that fear? Seriously. What. Would. Happen? No one ever said, “I faced my fear, and I’m not proud I did.” People try- and fail all the time. People try- and succeed. People try- and surprise themselves. In essence, the people who live in fear- live a life an incomplete life. And who wants that?

What about those who make decisions based in dreams, love and ambition? Well, let’s look at that list again.

Who got married out of love – of being the best they could be and meeting someone who could complement that and vice versa.
Who had children out of  love – literally, out of lovemaking
Who left/counseled unhealthy relationships for the love for themselves, the other person, and anyone else affected by the relationship.
Who left a job because they were passionate about following their dream.
Who traveled for the love of new experiences, countries, and cultures.
Who opened up for the opportunity of love.
Who stood their ground because they believed in themselves and loved themselves enough to do so.
Who opened themselves sexually, creatively, expressively, for the love of themselves, exploration and expression.

Things are risky in life. Ken and my other friends aren’t making crazy decisions- they just aren’t making decisions out of fear. There is always something that could go wrong. You could get hurt; something could happen. But what’s worse… letting the fear cripple you to the point of never knowing, or living your life each day fully, and doing something to chip away at that fear?

Ultimately, the only one to decide to get over that fear and base decisions on love is you… so, what do you say? Are you ready to do something scary today?